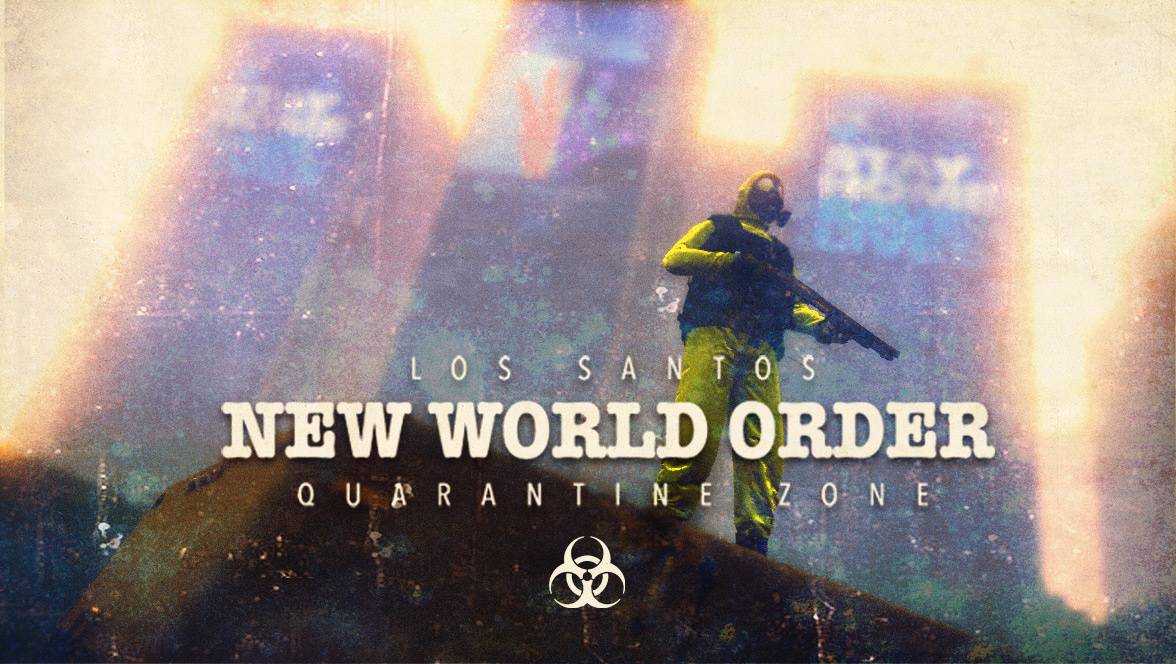 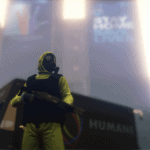 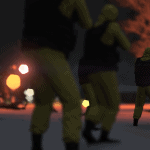 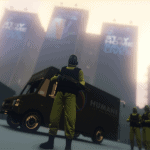 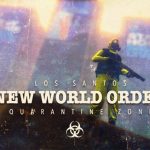 Nobody cares : it’s THE NEW WORLD ORDER !
The Richs get Richer, The Poors get Slaughters …

Pandemic threats spreading all over territories of San Andreas.
Choose your side on the next big plan and fight against rivals for the control of those territories… Control of zones of the world provides constant income.

This mod is a Division like.But I use it with the script : “simple zombies” from Sollaholla for a better gameplay experience, and to get random Survivors I can help.

The game is about a group of citizens called The Community (Franklin and 3 of his homies from Davis, but you can add as much as you want to with the in game menu) against The New World Order.

NWO are cleaners and hunters committed by Humane Labs, if you stay on the streets instead of being SAFER AT HOME they will find you. Their mission clean the city and neutralize rebels who don’t respect curfew and stay at home orders.

But watch out, they both are not the only one who want a piece of the pie, other survivors groups are dispatched on their respective landmarks such as Lifers Group prisoners and Tramps hord, or Lost MC bikers. Like the Division video game those unpredictable groups are represented by darken areas on the Map. Like the Division Video Game, we are mainly by feet only, but NWO forces got vehicles and Lost MC have bikes.

Installation:
Replace the gangModData folder into your GTAV folder by the one you have download in the New World Order files

The GangModData folder must still be put inside the GTAV folder,or else data won’t be saved properly.

Default basic Controls:
B – Open mod options/gang options and upgrades menu
Shift + B – Ope n contextual registration menu: gang member registration when on foot and facing a pedestrian, vehicle registration when inside a vehicle
N – Check current zone name and ownership
Shift + N – Open zone controls menu
Ctrl + N – Toggle between zone blip modes (show nearest 5, show all, show none)
Aim at friendly member + H – Add/remove member to/from group (he will follow you around)
Aim at friendly vehicle + H – Make the vehicle back you up (come to you and drop passengers if you’re on foot; escort you if you’re inside a vehicle)
Aim at friendly member + J – Take control of target member (the armor bar represents the member’s health) / return to protagonist
Spacebar (when controlling a member that has been killed) – Take control of nearest member

I have add too, in the download file, rpf files so you change the officials Billboards from GTA with the CDC Health Care Advice related to the Covid19 Virus.
Stay Safe, Stay Home !

Grand Theft Auto 5 is a great game and mods make it even better. The game is still relevant and one of the best games playable right now due to its unmatched physics and open-world experience. Even though GTA Online is there, most people prefer to enjoy the mysteries and the experience in the singleplayer mode. However, it can also get a bit repetitive. GTA 5 Mods help you overcome the boringness to add more content into the game and customize it according to your will. Grand Theft Auto 5 Mods bring various enjoyable elements into the game like new game modes, vehicles, weapons, and characters. The modding community has made mods diverse and you can choose from thousands of mods to fit into the game. For instance, a GTA 5 New World Order – Quarantine Zone – Beta 0.1 Mod can bring your dream vehicle into the game, letting you enjoy it even more. One by one, you can customize the entire collection of GTA 5 vehicles giving it a more lifelike experience with real cars from real manufacturers. Gun mods can bring you the feel and combat experiences of other games, allowing you to wield a lightsaber from Star Wars, the famous dubstep gun from Saints Row, Thor’s hammer, or even the latest collection of cyber-ware and weapons from the most hyped games. Similarly, one visual enhancing Grand Theft Auto 5 New World Order – Quarantine Zone – Beta 0.1 Mod can bring the missing colors of beautiful sunsets and gloomy evenings the game is missing. You can finally enjoy a true Los Angeles experience thanks to plenty of visual enhancing mods the community has come up with. So when are you going to cruise down the streets of Los Santos enjoying the breathtaking views in the latest Cybertruck?