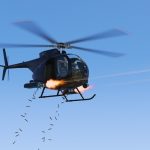 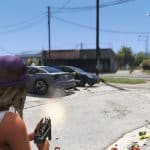 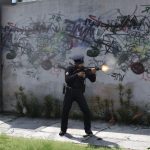 A new name, for a completely redone mod.

Gunplay Overhaul aims to make GTA’s weapons and ballistics more realistic and closer to shooters such as Squad and Insurgency, while maintaining the original feel of GTA’s gunplay. I made this mostly just for myself but put a lot of work into it to bring to as high a quality as possible so that I’m happy with releasing it. As such, I’m no longer going to include many optional files or variations. While I will fix any bugs found, I likely won’t be taking many suggestions into consideration.

This overhaul includes features such as:
– Weapon damage values, ammo type, and penetration values dependent on weapon caliber
– Realistic muzzle effects and removal of tracers on most weapons
– Removal of hitmarkers (courtesy of Derrysan360) and ability to turn off reticle through game options
– Magazine capacity based on real life equivalents
– Overhaul of pickups necessary to ensure ammo types and amounts are correct when picking up a weapon (also has other features that contribute to making weapons more realistic)
– Faster firerates for semi-auto pistols and pump-action shotguns
– Better animations for MGs and the Micro SMG
– Configured to work with most weapon sound modifications (when possible, choose sound only installations. if not possible, install sound modifications before this)
– And too many other small changes to list

Installation may take a few minutes.

ATTENTION: Set target style to ‘complex’ to remove reticle or to ‘simple’ to keep reticle.

Included Optionals:
– Less Than Lethal Pump Shotgun: simulates rubber bullets, the pump shotgun still does some damage and can still kill, but very rarely will it (non-aggressive peds are incidentally more at risk than aggressive peds)
– Immersive Pickups Compatibility for Stryfaar’s Immersive Pickups glow and no glow versions
– Bullet Car Penetration (although does not respond differently to different vehicles so armored vehicles get penetrated just as easily as non-armored)

Recommended Mods:
– Immersive Pickups by Stryfaar
– Gun Recoil by Eddlm
– Realistic Guns Sounds by XENORT
– Or any other weapon sounds mod, Gunplay Overhaul is designed to be compatible with
most sound mods

Please report any bugs you find in the comments and I’ll try to fix them.

v1.2.1:
Updated the changelog in the file since caliber descriptions were inaccurate

v1.4:
Updated for lastest GTA version
Completely redid the mod
Too many changes to list

v1.4.1 hotfix:
Fixed something I thought I had already fixed but actually hadn’t with the less than lethal shotgun optional file (headshots are no longer as deadly with less than lethal)

Grand Theft Auto 5 is a great game and mods make it even better. The game is still relevant and one of the best games playable right now due to its unmatched physics and open-world experience. Even though GTA Online is there, most people prefer to enjoy the mysteries and the experience in the singleplayer mode. However, it can also get a bit repetitive. GTA 5 Mods help you overcome the boringness to add more content into the game and customize it according to your will. Grand Theft Auto 5 Mods bring various enjoyable elements into the game like new game modes, vehicles, weapons, and characters. The modding community has made mods diverse and you can choose from thousands of mods to fit into the game. For instance, a GTA 5 Gunplay Overhaul [.OIV] v1.5 Mod can bring your dream vehicle into the game, letting you enjoy it even more. One by one, you can customize the entire collection of GTA 5 vehicles giving it a more lifelike experience with real cars from real manufacturers. Gun mods can bring you the feel and combat experiences of other games, allowing you to wield a lightsaber from Star Wars, the famous dubstep gun from Saints Row, Thor’s hammer, or even the latest collection of cyber-ware and weapons from the most hyped games. Similarly, one visual enhancing Grand Theft Auto 5 Gunplay Overhaul [.OIV] v1.5 Mod can bring the missing colors of beautiful sunsets and gloomy evenings the game is missing. You can finally enjoy a true Los Angeles experience thanks to plenty of visual enhancing mods the community has come up with. So when are you going to cruise down the streets of Los Santos enjoying the breathtaking views in the latest Cybertruck?